Julie and Rebekah had so much to cover this week, including The Unbearable Weight of Massive Talent, The Bad Guys, The Duke, Russian Doll Season 2, plus the series finale of Better Call Saul and they did it ALL in under 13 minutes! Remember to find more movie reviews and free movies passes while you’re here (like to see Doctor Strange in the Multiverse of Madness) and then watch the trailer for Thor: Love and Thunder below!

If you’ve been anywhere near me in the past month, you know how excited I am about The Unbearable Weight of Massive Talent. Nicholas Cage plays himself in this film, or at least a version of himself named “Nick Cage.” He was absolutely horrified when he first learned of this project (read about his initial “f-no” response HERE) but, fortunately for us, he eventually saw the magic in it.

END_OF_DOCUMENT_TOKEN_TO_BE_REPLACED

Hollywood is struggling to figure out what will get people back into theaters so this month, we’ll see a hodgepodge of new releases. Will high-octane action-flicks sell tickets, mind-bending indie comedies or possibly live-action video games? It’s hard to tell but I was just on Good Morning Texas (watch the segment HERE) sharing the films I think have the best shot. 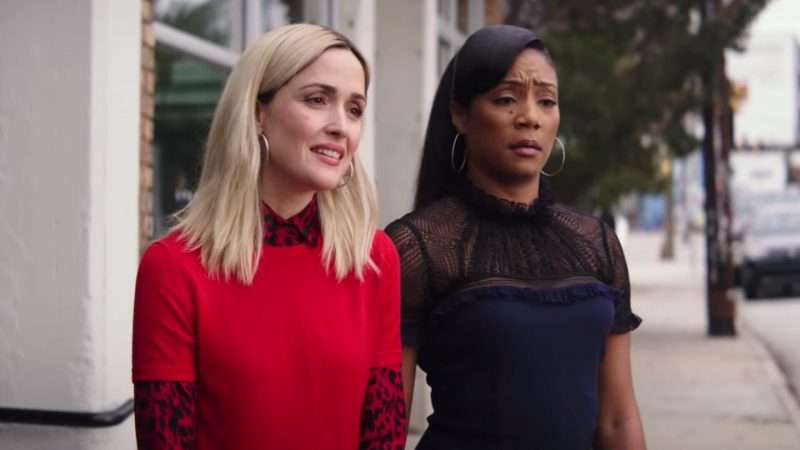 Feel like going out but you’re too broke from the holidays to do anything? Let me help. I have passes to see Like a Boss EARLY and FOR FREE! It stars Tiffany Haddish and Rose Byrne as women who launch a beauty company with the help of Salma Hayek. Looks adorable and you’ll be out of the house on someone else’s dime END_OF_DOCUMENT_TOKEN_TO_BE_REPLACED 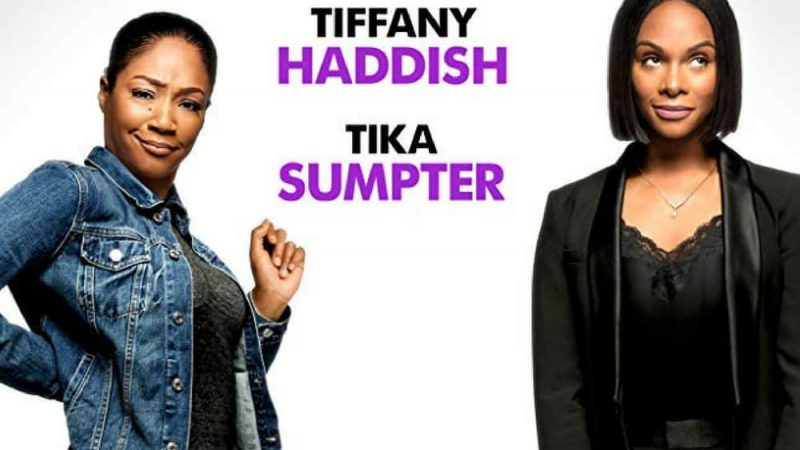 If you watched the Emmy’s recently and were bummed that Tiffany Haddish didn’t show up in her white Alexander McQueen dress, I’ve got news for you! She actually wears it a fifth time in her new movie, Nobody’s Fool (click HERE if you don’t know the story behind that dress). Haddish stars as an ex-con who gets out of prison and reunites with her sister, played by Tika Sumpter. It’s the latest from Tyler Perry and also stars Whoopi Goldberg, so who wants to see Nobody’s Fool EARLY and FOR FREE? END_OF_DOCUMENT_TOKEN_TO_BE_REPLACED 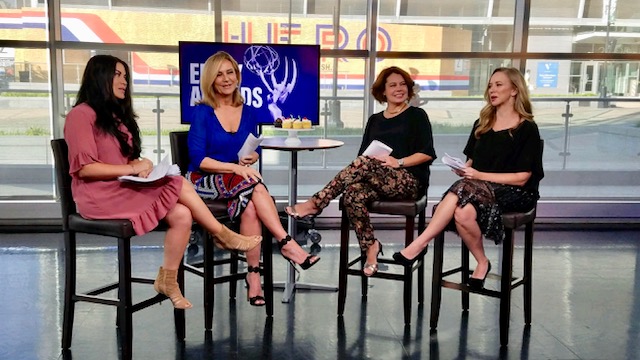 I was on Good Morning Texas today, breaking down all my favorite moments from the 2018 Emmy’s with Jane McGarry, Alanna Sarabia and Holly Quartaro from the Galleria Dallas. Click HERE to watch the segment, but there were TWO important things that I didn’t have time to mention!
First of all, do you remember that strange man who shook Bill Hader’s hand after he won?


If you watch the show Atlanta on FX, you’ll recognize him as Teddy Perkins from what has to be the freakiest episode of that series yet! You can read more about him HERE, or better yet, just go find the Teddy Perkins episode and WATCH IT!
I also wanted to talk about Joe Keery (“Steve” from Stranger Things) and his voluminous mullet. The Twitter-verse just about imploded when he showed up with…wait. Who was he with? I know he had a date but I was too busy looking at that hair.

Feel free to share your favorite moments from the 2018 Emmy’s in the “Comments” below and remember to check the Free Movie Passes page while your here. I hope to have freebies to see A Star Is Born any day now! 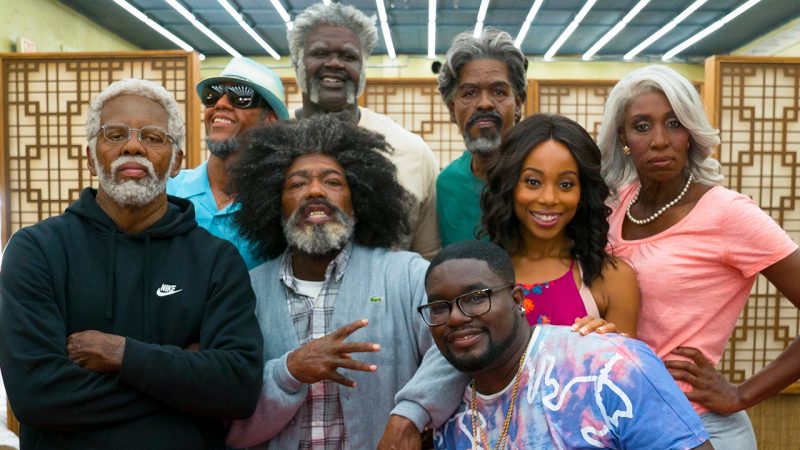 Did you know that the movie Uncle Drew is actually based on a TV commercial?
Yep, Pepsi first released the documentary-style Uncle Drew ad with N.B.A. star Kyrie Irving back in 2012 and it quickly went viral. They made a feature length version of it, with Irving still playing the septuagenarian ball player, but added Shaquille O’Neal, Chris Webber, Reggie Miller, Nate Robinson and Lisa Leslie to his team. Now, Pepsi has released another Uncle Drew commercial to promote the Uncle Drew movie, which came from that original commercial. It’s like a snake eating it’s tail, isn’t it? So, do you want to see Uncle Drew EARLY and FOR FREE? END_OF_DOCUMENT_TOKEN_TO_BE_REPLACED

I was on Good Morning Texas today talking about some of the biggest movies opening this month, including Jurassic World: Fallen Kingdom, Uncle Drew and Sicario 2: Days of Soldado. I also gave my review of Incredibles 2, which opens THIS WEEKEND (find those tickets HERE).
Click HERE to watch the segment, then check my FREE MOVIE PASSES page to see if there are any left to see John Hamm in Tag. I’m still so jealous that Jane McGarry got to TOUCH him! 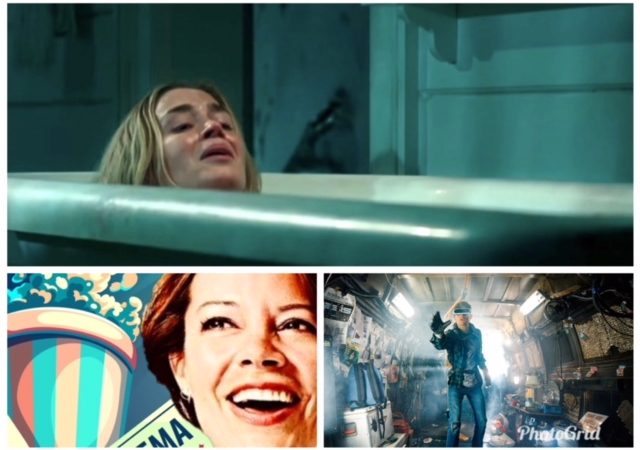 Here’s the latest “Julie Says So” MOVIE MINUTE, featuring my review of A Quiet Place. I’ve also got the TOP 5 MOVIES to see this week and some FREE MOVIE PASSES, as well as the HOTTEST NEW MOVIE TRAILER, which features my new girl-crush. Oh, I also promised in the MOVIE MINUTE that I’d post a link to more reviews of Blockers, so find those HERE. And please subscribe to my YouTube channel, so my kids will stop making fun of me. 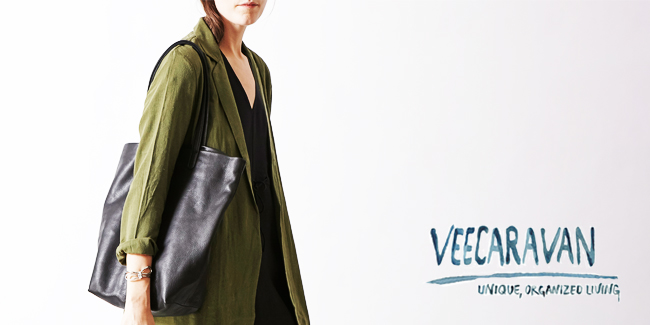 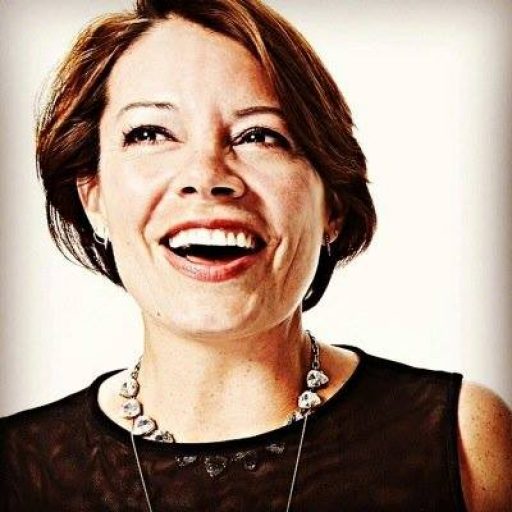